The World at War: Europe

The World at War: Europe covers WWII in the European theatre.

The game works for 1 to 3 players. Each game turn takes around three months of real time.

The players doesn’t move counters over the map, but they move wooden cubes. The only one counters present in the game are the air fleets, fortifications and other markers used to manage countries resources, research, diplomacy, factories, convoys or certain actions in the game.
(If possible, as an option, counters would be available added to the wooden cubes, so players would be able to select to play with cubes or counters)

The game is a medium complexity game covering much of the interesting aspects of this campaign such as: Blitzkrieg, historical (or not) diplomatic pacts, strategic warfare, industrial improvement, technological advances…

The game map is divided in areas and sea zones. Unit movement happens within those areas. Ground units are represented by wooden cubes and are more or less equivalent to corps or armies depending on the country, navy fleets by wooden disks and air fleets as counters.

Most of the countries can enter in play but Sweeden and Switzerland. There are major powers (Germany, Italy, USSR, USA, UK and France) and minor powers which can participate in the war in one or the other side but not fixed as it happened historically. Diplomacy and player decisions can change History.

Most of the game mechanics are centered on actions available for the major countries. Available actions will change during play increasing or decreasing. The number of actions that a major power has represent it’s capability to perform offensives, build its armies or invest in technological advances or industrial improvements.

Most game mechanics are solved with different dice. D3 and d10 are used in the game.

Other important aspects in the game like hidden Diplomacy or purchasable events add a lot of strategical options to the game and also lot of replayability.

The rules are short and easy to learn, so this game will be good for beginners but also interesting for wargame grognards.

The game will be published first as a tabletop boardgame but we plan to take it later to other formats like iOS tablets. 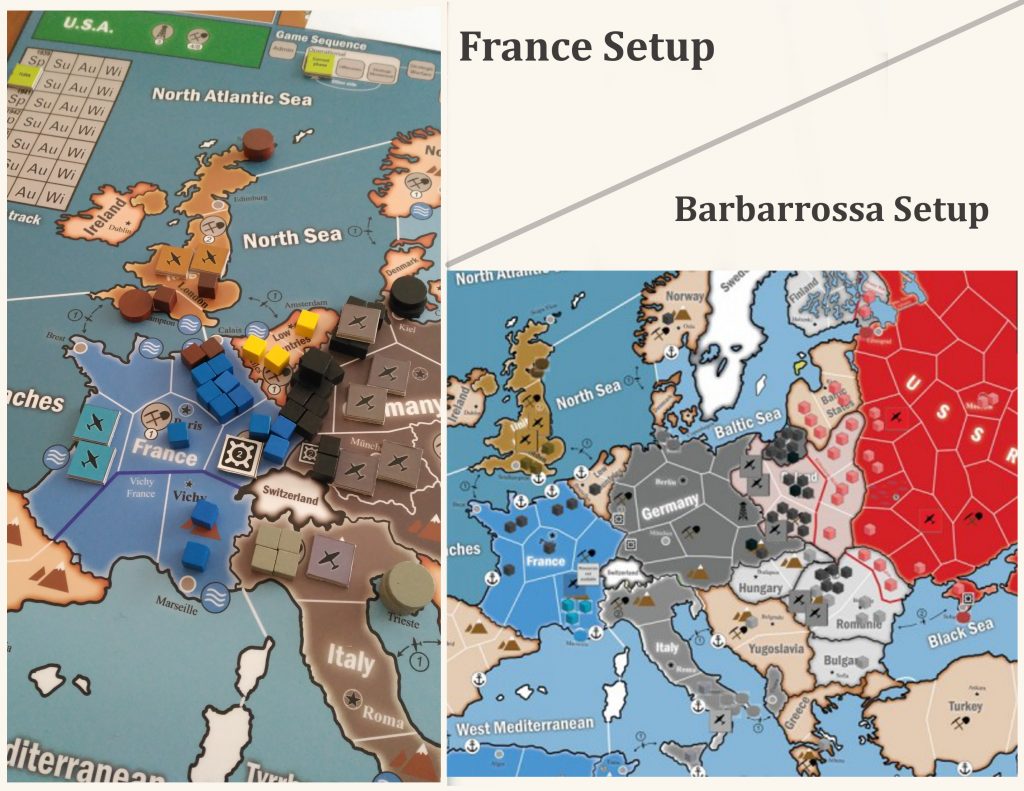