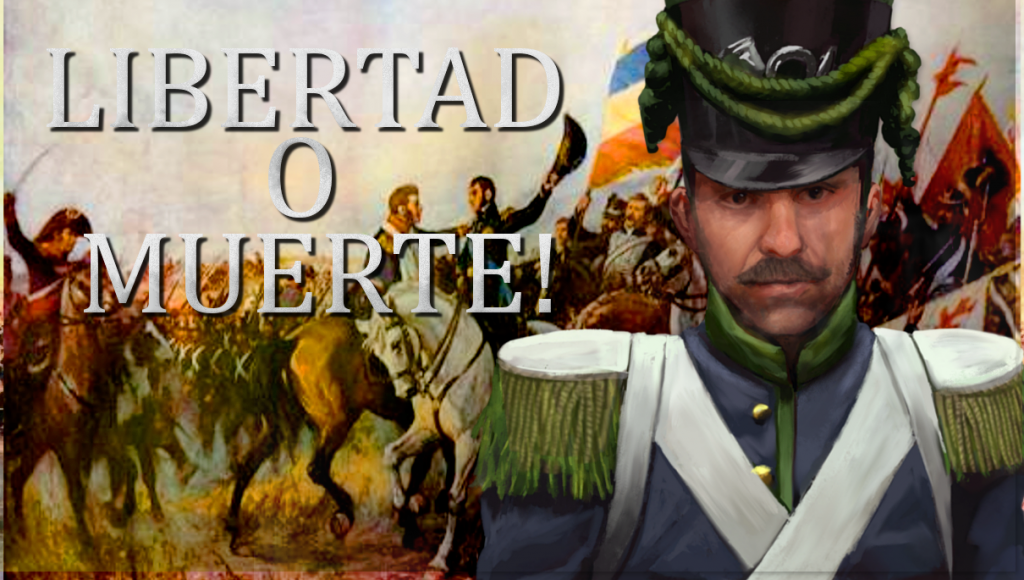 Libertad o Muerte! is a turn based  wargame that covers the wars of Liberation in Latin-America  from 1810 to 1825.

In this game you will discover the most famous units and   leaders that participated in the conflict.

In Libertad o Muerte! players can take the role of the Patriots,   fighting for their freedom, or that of the Royalists, trying to   change history and keep that great empire under Spanish   control.

Build your armies, play wisely your cards and resources and   attack the enemy where he is weak. Create a new navy with   the Patriots to contest the control of the seas, or prepare the   Royalist fleet to destroy your opponent’s ships and take   reinforcements to America.

Libertad o Muerte! has a new combat system developed to represent easily the mechanics of this war of musquets, cavalry and few artillery.

The players receive cards each turn and they have to select the best moment to play them, some of them are historical events and must be played when they are draw.

Each turn is divided in phases so its clear what you have to do on each of them, and the turns use to be played quite fast.

Each two turns you can purchase new units or replacements to reinforce damaged ones.

Victory is achieved earning Victory Points each turn, in battles, playing cars or controlling regions at the end of the game.

Two players, either in hot seat or PBEM mode. Solo play   versus the AI.

According to the scenario, from 1h00 to many hours when   playing the Grand Campaign.