The battle began with an offensive by the Italian CTV on March 8, 1937, which was halted by March 12 due to the fervent Republican defense that kept sending troops to that front. The attack did not achieve the intended objectives. Days later, the Republican counteroffensive, which had units of the International Brigades and air support, began between March 15 and 18 and continued until March 23 when the front stabilized. 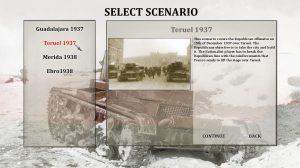